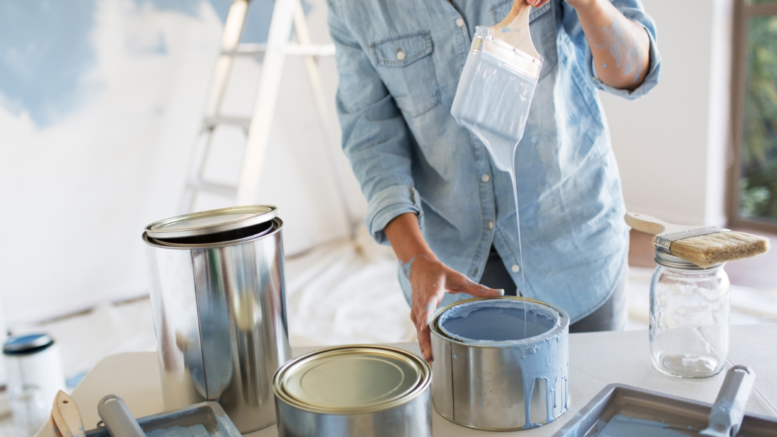 I was nervous about a house that needed work, but buying a fixer-upper ended up being the smartest thing I’ve ever done with my money

When my husband and I were shopping for our first home four years ago, we were determined to make a savvy financial decision. Sure, we wanted a great yard, a fireplace, and a large master bathroom. Who doesn’t? But what we needed was a home that would help us get ahead financially.

We found that in a 900-square-foot-home on a corner lot in a charming neighborhood. The house had briefly been on the market for $75,000 (still a bargain in our mid-sized New Hampshire city). However, it was late October, which is when home sales typically come to a screeching halt before the harsh New Hampshire winter. The owner was clearly motivated to sell before the snow flew because he dropped the price by $15,000.

After walking through the house for the first time, I was firm: It was too small. However, my husband knew we had found our gem. He pointed out that the three-bedroom house had enough space for us, our 18-month-old, and my home office. It had a newer roof and siding, and although the inside was in desperate need of cosmetic work, it was nothing we couldn’t handle.

The strongest part of his argument was financial. If we bought this house our mortgage would be half of what we were paying in rent at the time. That would let us pay down debt and funnel money into the home to grow our equity and help us build financial security. I was sold.

Our extra cash was eaten up quickly

Although those numbers were nice, we certainly were not swimming in money, since we had been struggling to make ends meet before the purchase. After closing, we had about $7,000 to spend on immediate projects. We hired my brother (who owns an interior painting company) to fix the drywall and paint the house at a family bargain price. At the same time, my husband (who has a plumbing background) and his friend gutted the bathroom, replacing it with a basic but modern setup. That quickly ate through the money we had to invest in the house initially.

This site uses Akismet to reduce spam. Learn how your comment data is processed.

66 Excell really is a great family bi-level in Red Deer. Need bedrooms it has 5? If you'd like to rent some out it has a separate entrance

The highest sales month this