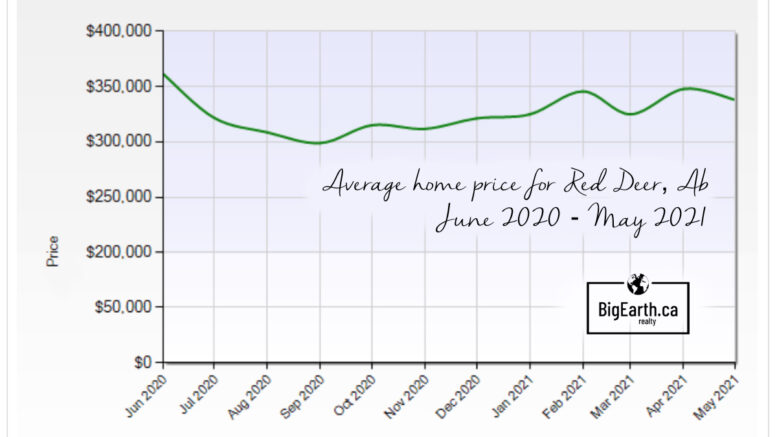 We are still seeing the home price average increase in the Red Deer real estate market as we approach the summer market.

Spring is the busiest season in most real estate markets and it’s the same locally in Central Alberta. However, this year’s spring market was exceptional. Home sales were up substantially and it was high enough to impact inventory levels and therefore prices.

The market has been doing well but the talk of higher sales and higher prices has also caused some confusion. It’s been a long time since we had much to talk about when it came to our real estate market. Sales numbers and prices have been pretty lifeless this last decade so the excitement has created some optimistic homeowners. When a person hears, “prices are up” they can get the wrong idea.

Prices have been crept upward over the last few months but not enough to get too excited about. We had prices drop a bit over the last many years so what we are seeing now is more of a correction.

Normally we wouldn’t get excited when one month exceeds the last.

But this past 5-7 months we’ve see high prices trending. The 4 and 12-month average price has continued to gradually climb each month since December 2020 and that’s a good thing after seeing a stagnant market for many years.

So when I have homeowners ask how much they could make selling their home right now they are often let down by the answer. Generally speaking, you’d have had to own your house since before 2005/2006 to see a higher price selling today.

Red Deer and Central Alberta real estate market stats are posted ongoing at www.iOnRealEstate.ca by local Realtor® and market analyst Blake King with BigEarth.ca Realty. If you’d like to talk more about our local market and how local stats apply call Blake anytime at (403) 350-7672 or email him at hello@blakeking.ca.

Home sales are up for another month in Red Deer