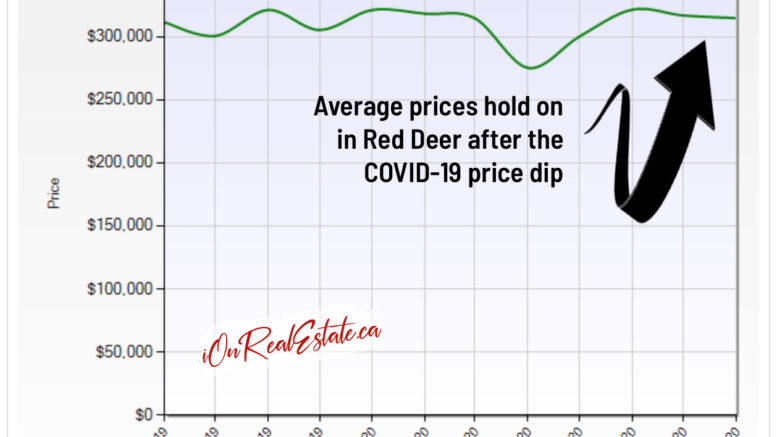 Home sale prices appear to be normalizing in the local market as things normalize after COVID-19 precautions began. We witnessed prices drop 15% and recover again all within only a 5 month period.

Homes sales also dropped immediately after the COVID-19 precautions kicked and they’ve fully recovered too. Will our local market continue normally now or will there still be adjustments to come?

In July the average home price in Red Deer appeared to have recovered being even higher than July 2019. And to support the recovery, August 2020 home prices were 2.5% higher than last August even though they were lower than July’s.

Prices weren’t as high in August as they were in July but both the 4-month and 12-month average increased.

Its nice home sale prices have recovered since the April/May dip but it’s also good they aren’t increasing too quickly. However, it doesn’t hurt that August prices were higher than last year’s because prices have dropped each year since 2015.