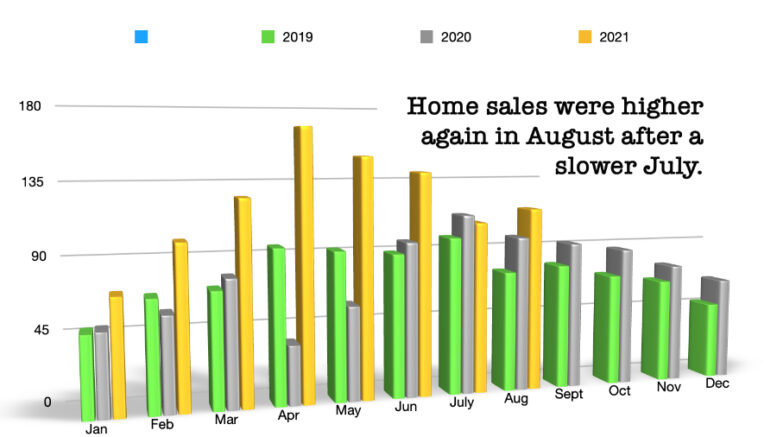 An averaage price dip in July raised eyebrows so it will be interesting to see what happens through the rest of 2021.

Home sales in Red Deer have been up for a number of months until July hit. In July sales were lower for the first time in a while and when I first noticed the dip I thought, after so many months of higher sales it might have caught up with itself.

Now, preparing the August report we’re seeing home sales higher again. However, does one month lower after a number of months higher indicate a market change? A one month change doesn’t indicate a market adjustment but looking closer at the months surrounding it might give us hints. Other than that we we’d have to wait and see what the following months bring.

The reason I compare sales to the same month a year prior is because month to month sales fluctuate. Home sales are lower in January and they gradually increase through the spring. In the summer sales slow and in the fall they incerase a little. This cycle is similar each year and that’s what makes comparing the same month each year interesting.

Check back again next month and we’ll see what home sales in Red Deer do.