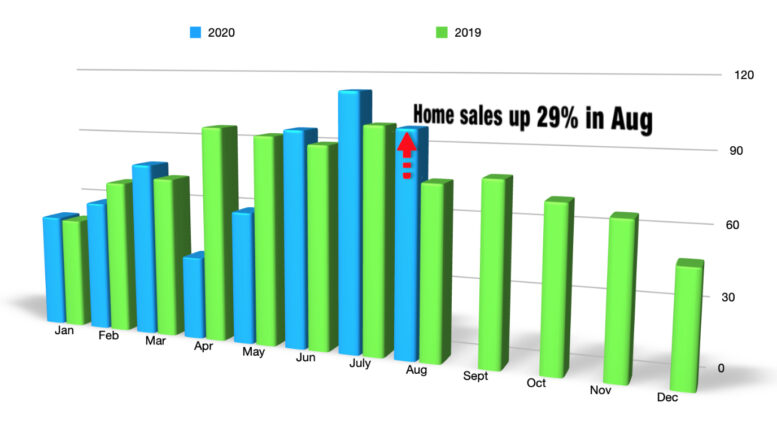 Sales have been up in the Red Deer housing market for the last three months and August has hit big!

Home sales are up. We were scared of what would happen in our real estate market after March health measures were put in place. Sales dropped like crazy in April and May and we didn’t know what would happen with so much uncertainty.

The worry didn’t last long though. April and May were low sales months but things started to turn around in June.

Keep in mind a sales turn around wouldn’t take much considering how low sales had gone year after year since 2015. But in June sales were up 7% and in July they were up 14%. That’s a nice turn around after so much uncertainty but August sales really jumped.

In August sale were up 29% over last year and that’s a lot.

Not only are sale up in Red Deer in August but so was the average home sale price.

The market is actually doing surprisingly well, considering everything. Home sales are up, the average sale price is up, and as icing on the cake, we are witnessing a “seller’s market” for the first time in many years. Sales are up enough they’ve put our inventory level on detached homes under 4 months-of-inventory (m.o.i.) in Red Deer.